Burundi, long in tense dialogue with the International Criminal Court, now declares non-cooperation with an ICC investigation of alleged crimes.

BUJUMBURA, BURUNDI — Burundi, the first country to withdraw from the International Criminal Court (ICC), has recently declared its intent not to cooperate with the Court’s ongoing investigation of reported crimes. Of concern are those committed from 2015 through to the present period, during the country’s descent into relative political disarray, when President Pierre Nkurunziza announced his run for a third term in office and eventually won elections boycotted by the opposition. According to estimates, “at least 1,200 people were allegedly killed, thousands illegally detained, thousands reportedly tortured and hundreds disappeared,” the ICC judges said.

Burundi had, in late October 2017, become the only one of three African nations to proceed with and complete its official withdrawal from the ICC (Gambia and South Africa had reversed its withdrawal decisions). Meanwhile, the ICC’s judges had given approval for a full probe into all alleged atrocities in Burundi from April 26, 2015 to October 26, 2017 — the day before the country’s exit from the court. The Court had kept that decision under wraps till this week. Hence the Burundi government’s unqualified vow to not cooperate with any investigation.

The Burundi government was not pleased. In a statement read to the press in Bujumbura, the capital, one day after the Hague-based court made the probe’s existence known, Justice Minister Aimee Laurentine Kanyana declared, “Burundi rejects this decision from the very outset.” The government, she insisted, “was not notified of the ICC’s decision to investigate Burundi before its effective departure,” and so “it is not bound by this decision.” The minister went further. “This confirms once more the politicisation of human rights and international justice, as well as the attempt to destabilise African countries,” she said. “In any case, Burundi will never begin cooperation with the ICC for implementing a decision that was taken in violation of the Rome Statute [the very treaty that had established the ICC] and the principles of international law.”

This confirms once more the politicisation of human rights and international justice, as well as the attempt to destabilise African countries. In any case, Burundi will never begin cooperation with the ICC for implementing a decision that was taken in violation of the Rome Statute [the very treaty that had established the ICC] and the principles of international law. 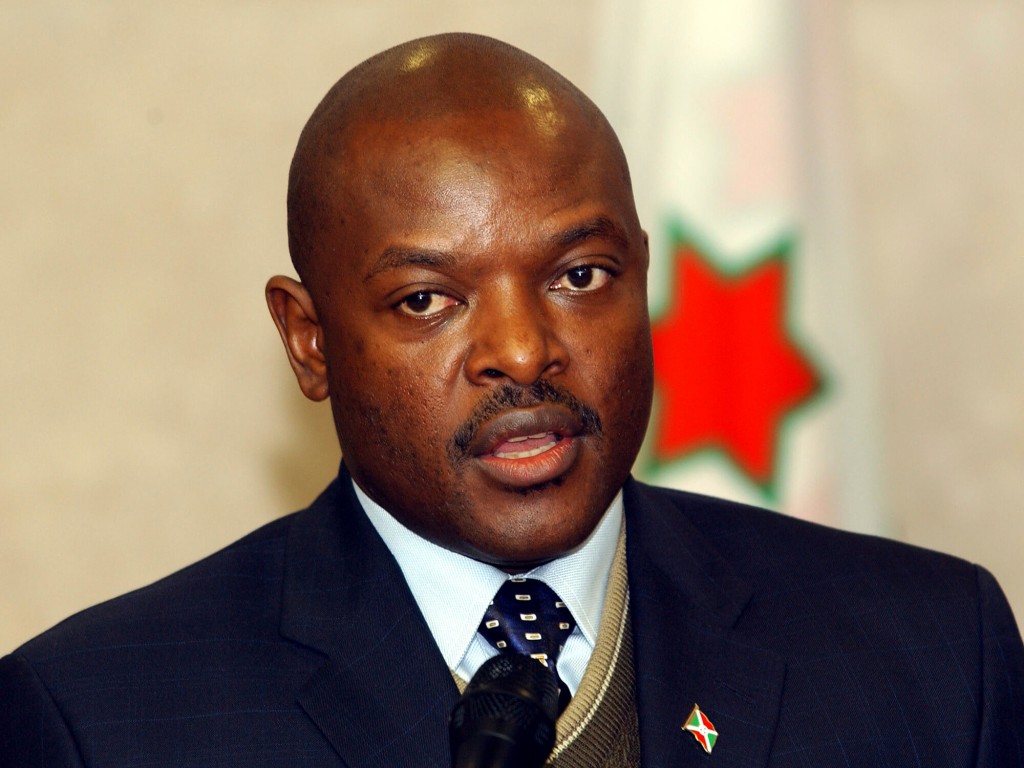 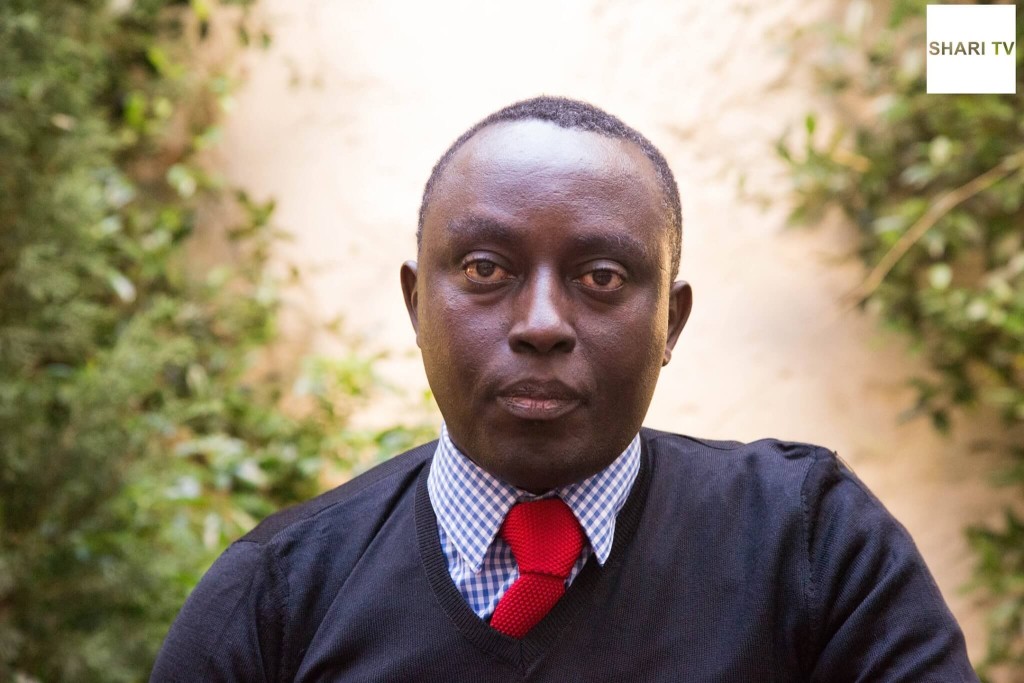 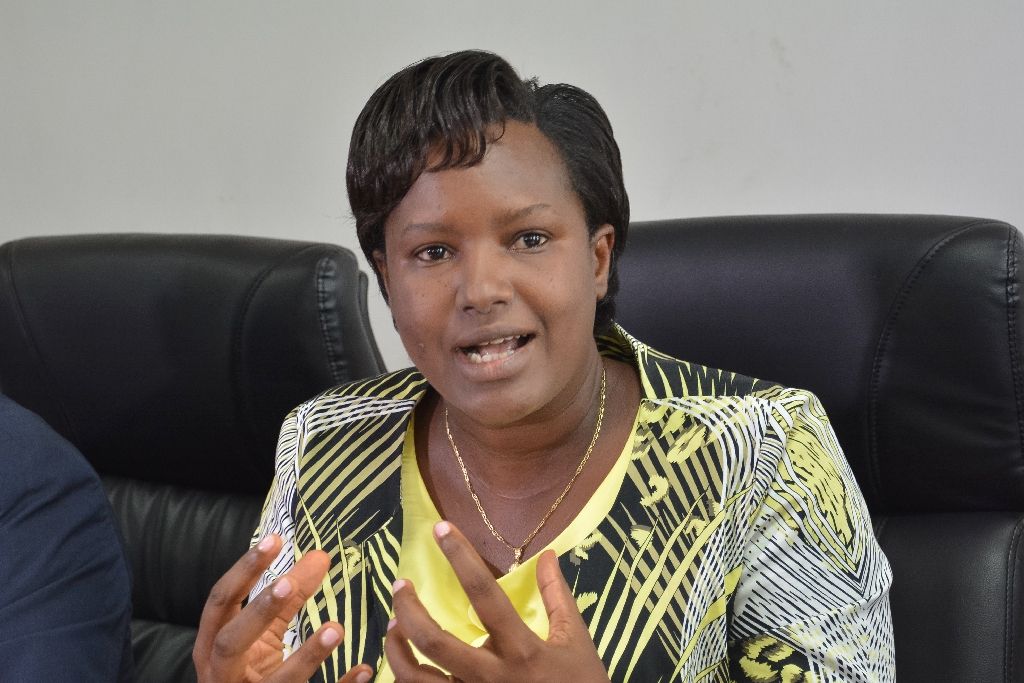 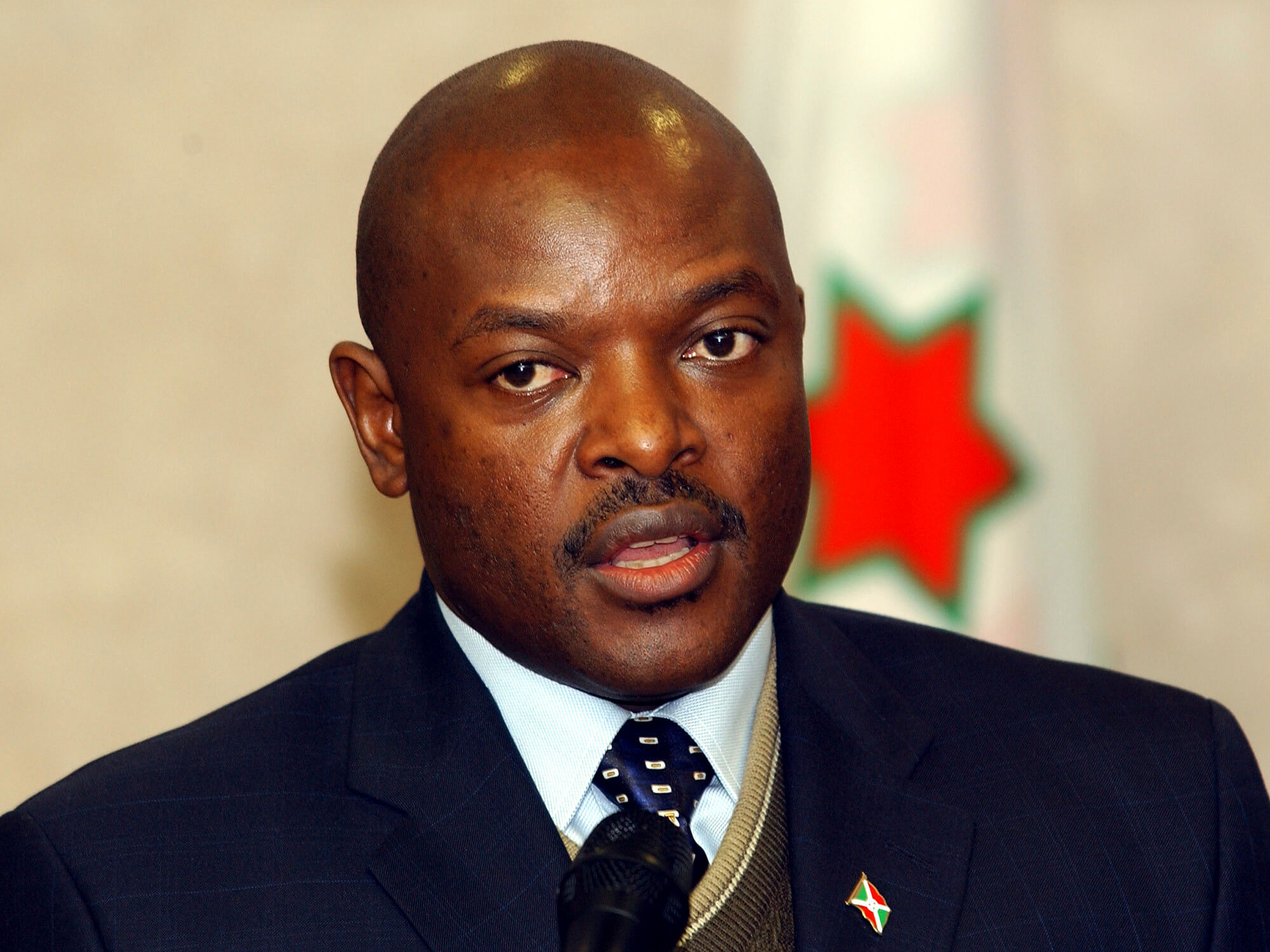 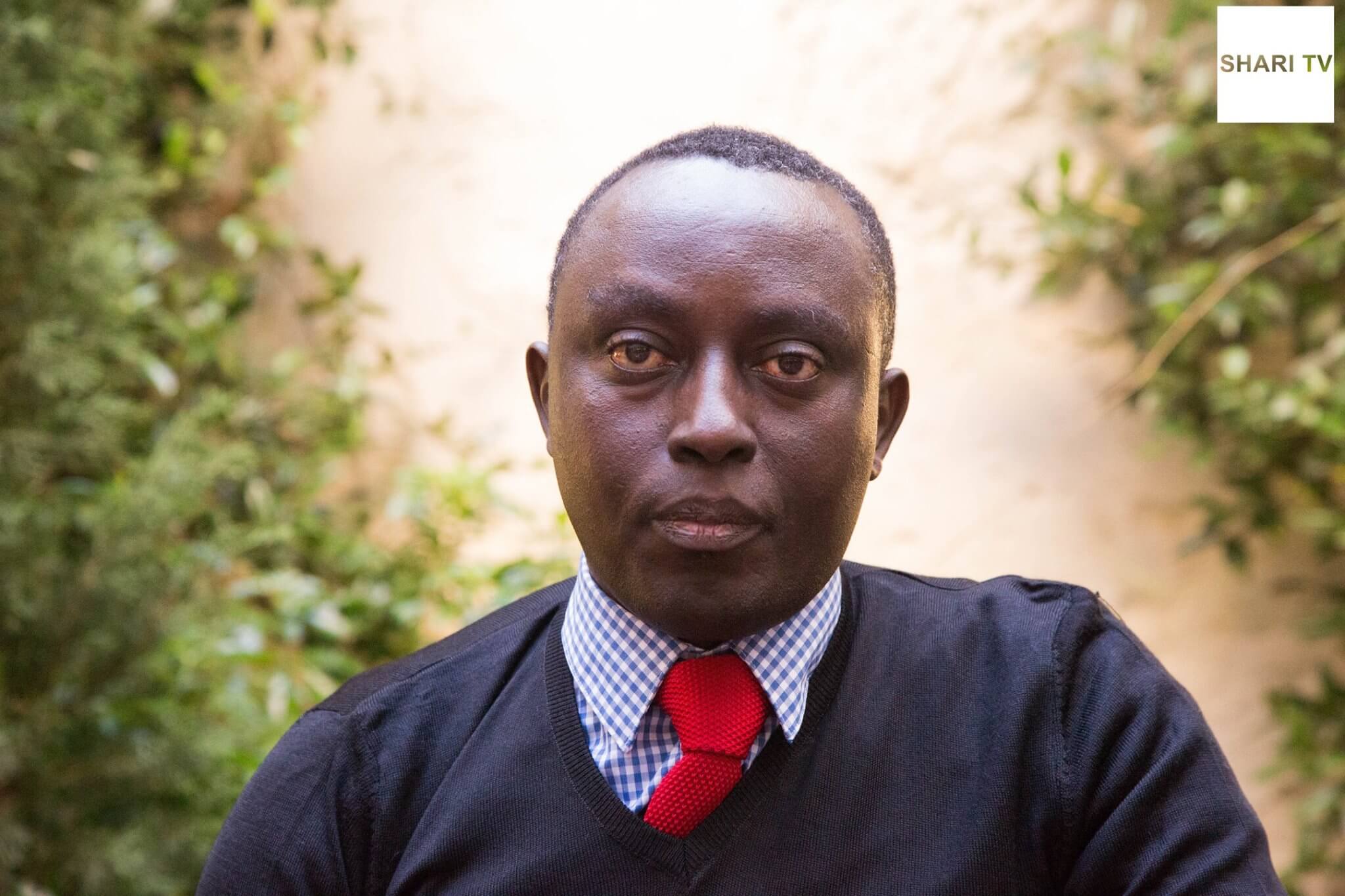 Others in Burundi differed in opinion. Armel Niyongere, for instance, spoke on behalf of an international group of lawyers for victims of crimes committed in Burundi. “The government of Burundi thought it had escaped international justice by withdrawing from the ICC,” he said. “This is a great victory for the Burundian people.”

The government of Burundi thought it had escaped international justice by withdrawing from the ICC. This is a great victory for the Burundian people.

— Armel Niyongere, lawyer on behalf of crime victims in Burundi

Pacifique Nininahazwe heads NDONDEZA, a Burundian group probing disappearances, which had earlier been exiled. “For the first time in the history of Burundi,” he declares, “there is a hope of judgment for massive and serious violations of human rights. But this is just a step, because the suffering of the people is continuing through bloody repression.”

A Future of Difficulties

Despite stern opposition on the part of the Burundian government, the ICC has insisted in a published statement that, under the very international law Justice Minister Kanyana cites, it retains jurisdiction over crimes committed while Burundi was an ICC member. Hence its legalistically determined focus on the period ending October 26. The ICC judges have gone on to recommend and authorize that its Chief Prosecutor, Fatou Bensouda, open an official, publicly declared investigation of a range of crimes that include murder, torture, rape, and persecution. The series of released statements, after a period of exceptional discretion, has been both a catalyst for this phase of an ongoing debate and the basis for renewed hope among many activists and rights workers involved.

Yet it will likely be very difficult for Bensouda to obtain and maintain full access to Burundi’s records, civil and military officers, government supporters, interviewable witnesses from the public, and thus gather the necessary evidence for a case of this magnitude, without governmental support and, certainly, while Burundi proudly remains the first country to withdraw from the ICC. Other countries have considered a similar move, and Bensouda, originally from the Gambia, is currently working during a period of increasing criticism and skepticism from African nations concerning the Hague-based court’s purported tendencies, or even biases, resulting in a repeatedly claimed emphasis on rights violations on the continent over those said (or known) to be occurring elsewhere. Both Bensouda and Kanyana are clearly aware that, while the Gambia, Kenya, and South Africa were contemplating withdrawal, a similar case in Kenya dissolved for lack of sufficient evidence.

For these reasons, experts have wondered aloud whether Bensouda will eventually be unable to bring Burundi’s accused to the Hague for trial while Nkurunziza stays President or, much later, hand-picks a successor. Those experts include Angela Mudukuti, a Berlin-based international criminal justice lawyer, who is reported by Reuters to predict that “it will be very challenging for the ICC to access … evidence in Burundi.” And Karine Bonneau, a senior official at the Paris-based International Federation for Human Rights, who effectively agrees, suggesting that Bensouda may gain most of her evidence from refugee interviewees now located in Rwanda, Tanzania, other African nations, and Europe.

This prospect has made some experts focus on the symbolism of the investigation, rather than its capacity to bring about justice in any substantive way. There is, for example, the recognized (or hoped for) effect of landmark ICC cases, which are understood to have established highly visible, highly public precedent, the kind that may prove sufficiently effective for deterrence. Deterring future crimes may in fact be central to Bensouda’s job, according to Thijs Bouwknegt, an Africa expert at the Institute for War, Holocaust and Genocide Studies in the Netherlands: “If she acts like some super human rights watchdog and names and shames people I think this may be effective.”

That, at least from Bensouda’s own published statement reproduced below, does not seem to be how the near future of the proceedings will unfold. Rather than risk even the whiff of soft vigilantism, she offers a vision of strict adherence to procedure, process, and, above all, the law. Perhaps she is all too aware of the need to maintain the credibility of the ICC, and any court, in Africa as well as other regions, and her duty to not violate human rights in the pursuit of those who have:

At the end of a thorough factual and legal assessment of the information available, I have determined, and the Chamber concurs, that there is a reasonable basis to believe that members of the Burundian security forces as well as members of the Imbonerakure, the youth wing of the ruling party, acting pursuant to a State policy, carried out a deliberate attack against the civilian population, entailing multiple acts of murder, imprisonment, torture, rape and other forms of sexual violence, enforced disappearance and persecution, constituting crimes against humanity.

The large-scale commission of the alleged crimes, the number of victims, and the organised and coordinated nature of the acts of violence establish a reasonable basis to believe that the attack was both widespread and systematic.

Information available to the Office to date suggests that the Burundian authorities have not, and are not, conducting relevant criminal proceedings with regard to the crimes identified. In view of such inactivity, my Office can exercise its jurisdiction to pursue justice for the victims of atrocity crimes connected with the violence in Burundi. That is our mandated duty.

This is the start of a process which will take as long as needed to gather the required evidence. We aim to conduct a rigorous investigation and as expeditiously as possible. The Office’s own investigators will collect the necessary evidence.

My decision to open an investigation does not make any determinative findings on the guilt or innocence of particular persons. Only if and when, based on the evidence collected, there are reasonable grounds to believe a person is criminally responsible for crimes within the jurisdiction of the Court, will my Office request the judges to issue an arrest warrant or summons to appear.

The Office remains committed to the pursuit of justice in Burundi independently and impartially, led only by the evidence and with strict adherence to the Rome Statute legal framework.