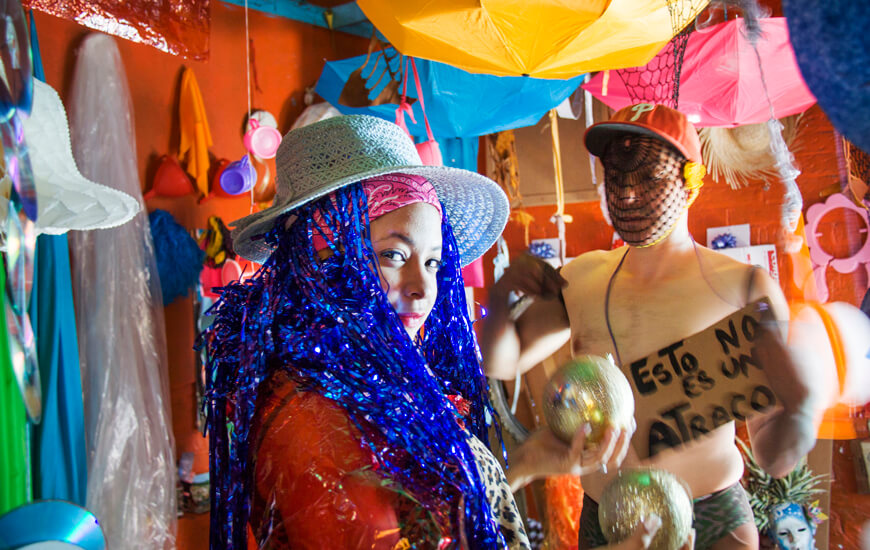 Carnival as a central focus of Caribbean art, culture, history is the subject of this multimedia exhibition series, at Museum of the African Diaspora, San Francisco.

Curators & Sponsors: Curated by Claire Tancons and Krista Thompson. Organized by the Contemporary Arts Center (CAC) of New Orleans and the Independent Curators International (ICI) of New York. Made possible by an Emily Hall Tremaine Exhibition Award, with additional support from the Andy Warhol Foundation for the Visual Arts, and the Institut Français in Support of African and Caribbean Projects. The exhibition debuted at CAC New Orleans in spring 2015, and will tour through 2018.

Description: EN MAS’ introduces to a wider audience the influences of Carnival in the Caribbean and its diasporas, as well as related masquerading traditions, on contemporary performance art, discourse, and practice. Two things distinguish EN MAS’ from other exhibitions on performance. First, its focus on performance practices that do not trace their genealogy to the European avant–garde movements of the early twentieth century, but instead to the experiences of slavery and colonialism through to the mid–nineteenth century, the independence struggles and civil right movements of the mid–twentieth century, and migrations to and from the former colonial centers that have unfolded through most of the last century. It is for this reason that EN MAS’ has taken its title from a pun on “Mas’” (short for “masquerade,” synonymous with Carnival in the anglophone Caribbean, and “mass,” as in the French colloquial “en masse,” meaning all together).

The exhibition’s second distingusihing feature is a practice of reconstitution. During the 2014-2015 Caribbean Carnival season, EN MAS’ followed nine artists: John Beadle, Christophe Chassol, Charles Campbell, Nicolás Dumit Estévez, Marlon Griffith, Hew Locke, Lorraine O’Grady, Ebony G. Patterson, and Cauleen Smith. The artists engaged, transformed, or critiqued historical and contemporary Caribbean performance practices. And EN MAS’ brings together material remnants or reconstitutions from their performances, along with photographic and filmic interpretations. The result is both a personalized, highly visual tour and argument with performance culture: from Carnival in Santiago de los Caballeros to Port of Spain and Fort-de-France, from Kingston to London and Brooklyn, from Junkanoo in Nassau to the New Orleans second line. 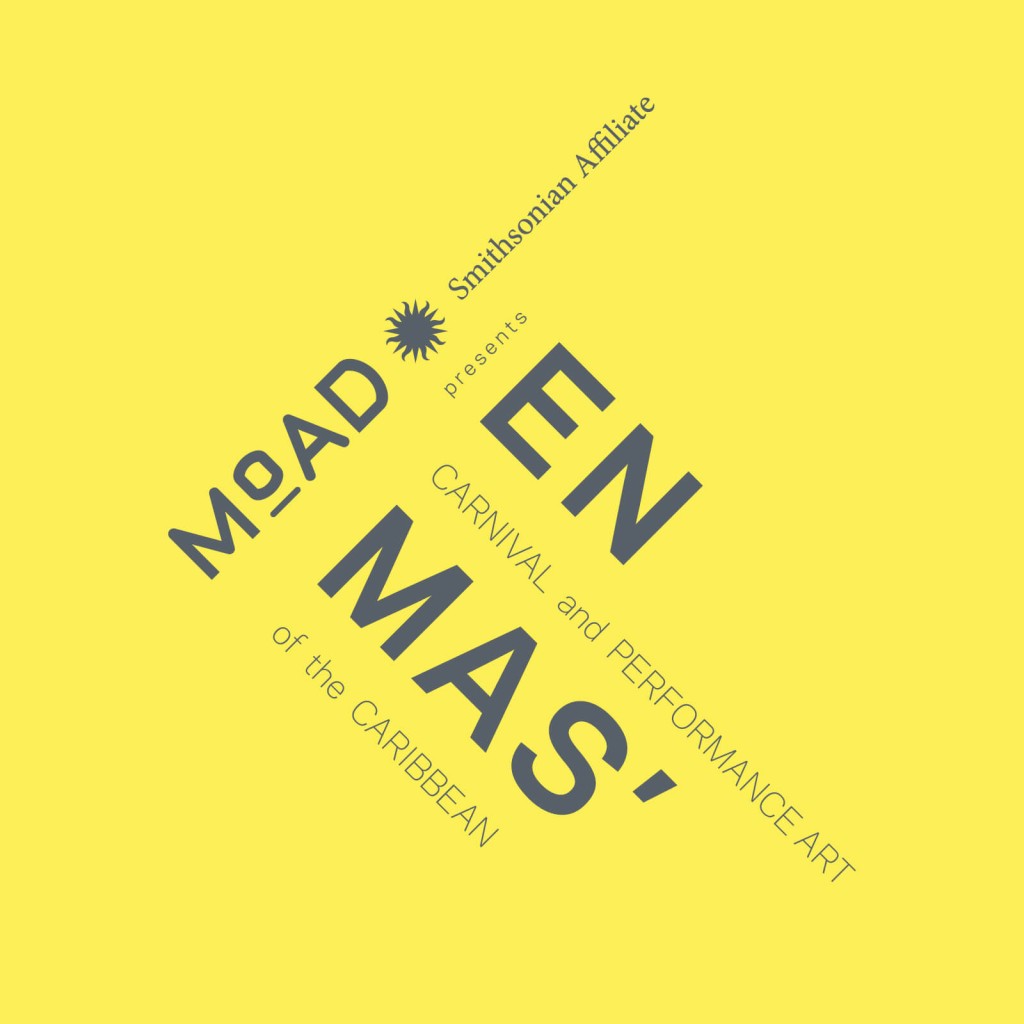 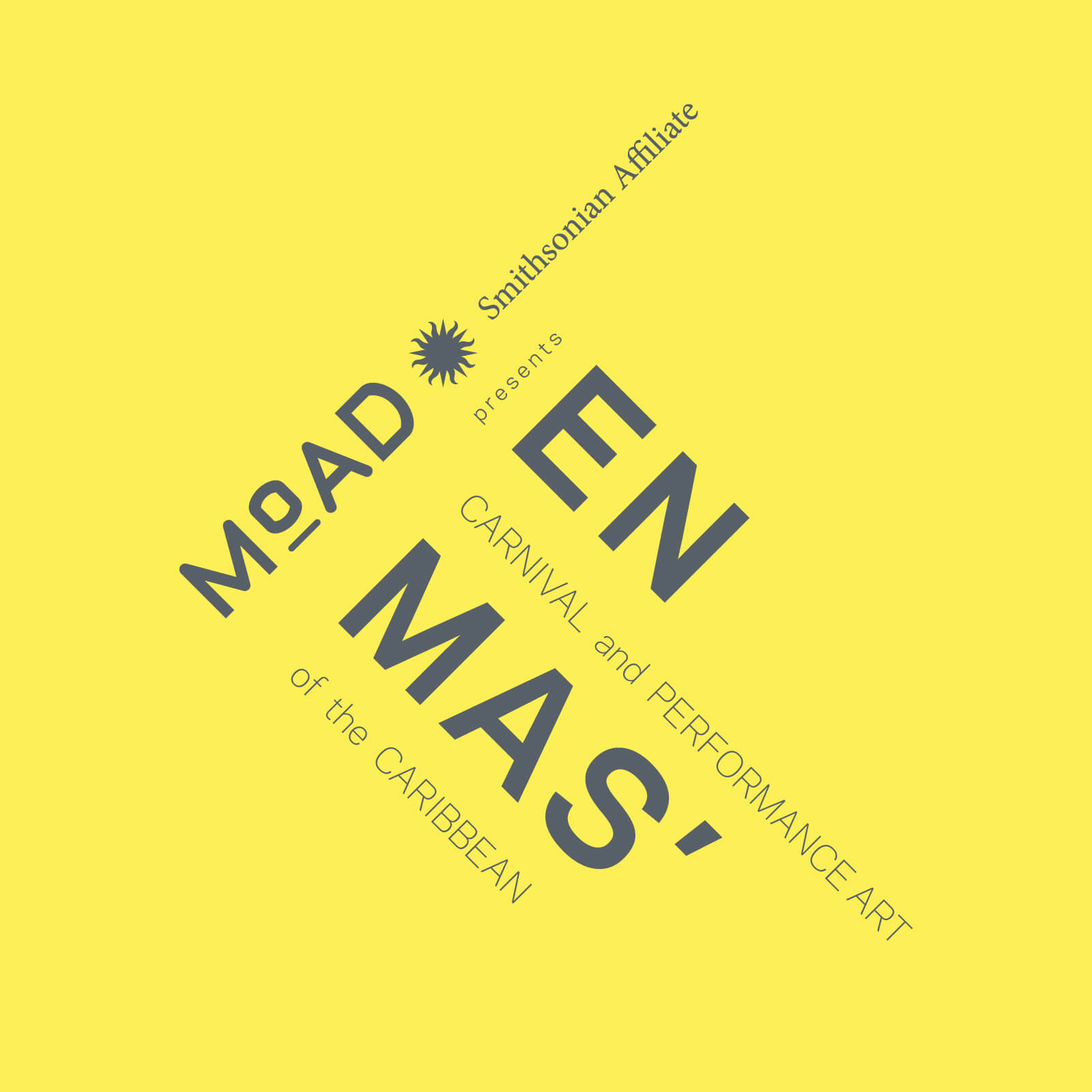