The Conservative party has elected Boris Johnson as its leader, and thus he will become PM of the United Kingdom, moving into 10 Downing Street this week.

ORGANIZATION • Parliament of the United Kingdom

ORGANIZATION • Parliament of the United Kingdom

As most observers had predicted in the past weeks, Boris Johnson — a former Mayor of London, from 2008 to 2016, and Foreign Secretary from 2016 to 2018 — won the larger share of votes from his Conservative Party colleagues to lead the party and become the next Prime Minister of the United Kingdom.

He is scheduled to move into 10 Downing Street, the residence of the Prime Minister, this week. Once fully instated, he will succeed current Prime Minister Theresa May. It will be the second change in leadership following the results of the Brexit referendum in June of 2016. Quite narrowly, the vote had determined that the United Kingdom (UK) would leave the European Union (EU). David Cameron, then Conservative Party head and UK Prime Minister, had announced his intent to resign within hours of the referendum’s results.

What had followed Cameron’s resignation was not only a dramatic struggle for the premiership (which Theresa May had won by surprisingly beating out popular favorites such as Johnson), but also three years of arduous negotiation, debate, and political impasse around the very terms of the UK’s withdrawal from the EU. The impasse had required PM May to twice ask the EU leadership for extensions on the proposed deadline for withdrawal. It had also led her to present to her Party colleagues her possible resignation, in order to better broker and deliver affirmative votes on a Brexit Withdrawal Agreement with the EU.

Those colleagues, and the UK Parliament more generally, took her up on her offer of resignation, though without any assured guarantees with regards to Brexit. In May of this year, nearly three years after David Cameron’s decision, Theresa May announced her own intent to resign as UK Prime Minister, and the race for her replacement began soon after.

That contest had over the past several weeks been winnowed down from a very full slate of candidates to a choice between Johnson and Jeremy Hunt, the current Foreign Secretary. Johnson won handily today by a margin of 92,153 votes to 46,656 votes for Hunt (garnering 66.4% of the Party membership support). Following the result, he thanked both Jeremy Hunt and the current PM Theresa May. And in his first speech as premier-elect (video of which is provided below via the BBC), Johnson went on to evoke the future UK he intended to help build and lead:

“We are going to energize the country – we are going to get Brexit done by October 31st, we’re going to take advantage of all the opportunities it will bring in a new spirit of can-do, and we are once again going to believe in ourselves and what we can achieve.

“Like some slumbering giant, we are going to rise and ping off the guy ropes of self-doubt and negativity with better education, better infrastructure, more police, and fantastic full-fibre broadband sprouting in every household. We are going to unite this amazing country and we are going to take it forward.”

Note, in the passage above later highlighted and circulated by the Johnson camp, that Brexit features prominently and yet gives considerable way to other improvements to, visions of, and plans for the UK. Note, too, in the video below, Johnson’s delivery of those and other passages, in a manner attuned to both a home party and home country. The choices made here are borne of political skill, yes, but also experience observing his predecessors’ efforts, and an awareness of the complexity of what he has to deliver.

As mentioned earlier, Johnson arrives at this point in his career with a strong and suitable resume for the premiership, currently serving as Right Honorable Member of Parliament for the constituency of Uxbridge and South Ruislip since 2015. He has previously served as a popular Mayor of London from 2008 to 2016, but also as Vice-Chair of the Conservative Party from 2003 to 2004, twice Shadow Minister for Business and Innovation, and perhaps most importantly now, Secretary of State for Foreign and Commonwealth Affairs (the UK Foreign Secretary), from 2016 to 2018, under PM Theresa May.

Because of Johnson’s notable and very noticeable tenure in London and national government, and in the public eye, there are a number of issues in the minds of participants in, and observers of, UK politics today. Certainly, at the top of most is the question of Brexit and whether Johnson’s approach to one of the most significant undertakings in UK Post-World-War-II history will prove successful. His many supporters are betting that where Cameron demurred and May met with intractable resistance, Johnson will succeed with charisma, political savvy, connectability with significant portions of party, parliament and electorate, and a clear, unequivocal focus on making sure Brexit comes to pass, with the UK leaving the EU on the terms envisaged by those who had campaigned and voted for it. Some, perhaps, may also be counting on that very charisma, savvy and connectability to gain enough support for, and steer the UK through, either Brexit on less favorable terms or (surely one has to consider some version of this) the transition to no Brexit after all.

But that’s just Brexit. It may seem odd to say it, but Brexit, in the final analysis, may prove much more symptom than cause. In other words, this most significant and consequential of undertakings may have been occasioned by a narrowly won referendum on a social and relational as well as governing and economic state of affairs — the vote being an expression of a set of feelings, unevenly shared across the UK, about international arrangements, globalization, the security and distribution of the UK social welfare state and its benefits, employment, community, and the capital city. If this proves to be the case, then it must also be heeded that the causes leading to, and emanating from, a slightly affirmative vote on Brexit may not be directly addressed by the securing (or possible success) of Brexit. To do that, Johnson will have to lead and attend to the UK as well as London.

And along with the EU, the incoming Johnson government will have to enter its first week ready to negotiate with care between Iran and the United States. The former, looking for a face-saving way out of economic sanctions, has made diplomatic overtures to the US but also seized at least one British ship allegedly trespassing in its waters. The US White House has responded aggressively, and been encouraging the UK to do the same. The May government has thus far resisted any path to escalation. Elsewhere, Hong Kong, a former British colony, has been deeply shaken by weeks of protests concerning its level of autonomy from China. And here the May government has publicly and privately raised concerns, offering its unwavering support for the autonomy and governance arrangement brokered by then UK Premier Margaret Thatcher and then China Premier Zhao Ziyang, in the 1984 treaty on transfer of sovereignty. China has responded by publicly asking the UK to not interfere in domestic affairs. The question of how Johnson intends to shape and lead a Global UK is thus pressing and of the present.

So in electing Boris Johnson as the next Prime Minister, the focus, as it has been for the past three years, is undoubtedly on Brexit — but the broader objective to be met, and picture to keep in mind, will concern the health, place and strength of the United Kingdom.

And for draft and signed legislation pertaining to the foreign affairs issues facing the past and future Prime Ministers, see the draft Agreement on the Withdrawal of the United Kingdom from the European Union (aka Brexit; as agreed November 2018) and the 1984 Joint Declaration of the Government of the United Kingdom of Great Britain and Northern Ireland and the Government of the People’s Republic of China on the Question of Hong Kong. 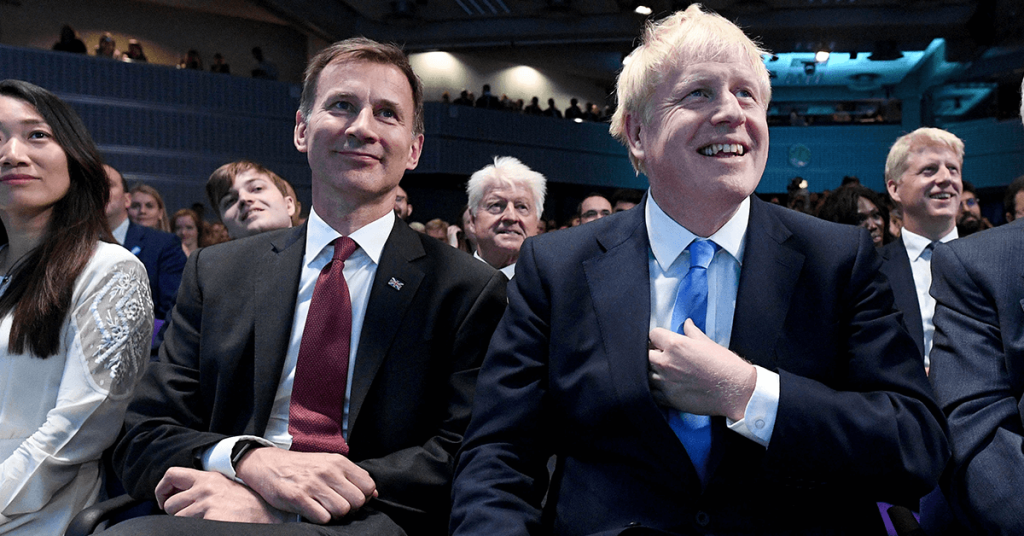 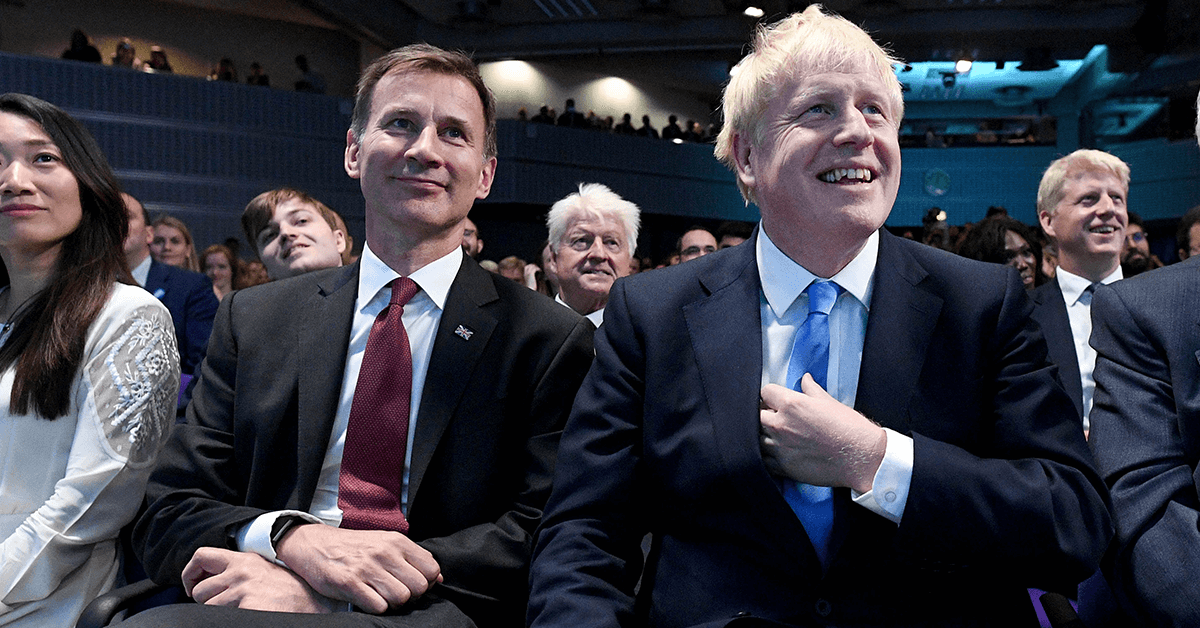 It was not merely because she was not capable of performing it but it surely was simply just cost-effective essay crafting company seeing that she cherished just how which i wrote | She felt like my phrases would.

Fantastic items from you, guy. I use consider your stuff previous to and if you’re just too wonderful. I actually like what a person have acquired here, certainly like what you usually are saying and the approach during which you state it. You’re so that it is enjoyable and you carry on and look after to stay it sensible. I cant wait to understand much more from an individual. That is actually a new terrific web site.

Wonderful items from you, guy. I possess consider your things previous to and you’re just too wonderful. I actually actually like what an individual have acquired here, certainly like what you are usually saying and the way during which you state it. You’re so that it is enjoyable and you continue to care for to stay it sensible. I cant wait to understand much more from you. That is actually a terrific web site.

Wonderful items from you, guy. I possess consider your products previous to and you’re just too wonderful. I actually actually like what an individual have acquired here, undoubtedly like what you usually are saying and the approach during which you claim it. You’re rendering it interesting and you continue to manage to stay it wise. I cant wait to understand much more from you. That is actually a new terrific web site.

I’m not just inviting you! But it will be interesting for sure loveawake.ru

Downloading material from this web page is as straightforward |as clicking the mouse rather than other sites which move me here and there on the pages.